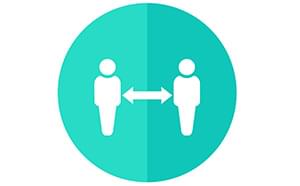 AS AN ON-SITE ATTENDEE

Safety is a key priority at the in-person event. We are working with the venue to ensure regulations and protocols are in place to guarantee social distancing, safe food handling, and clean sleeping rooms and meeting spaces. 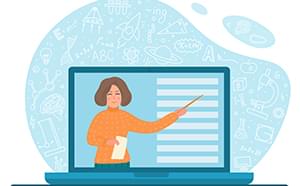 AS A VIRTUAL ATTENDEE

The online hybrid option is not the typical virtual event! The innovative platform will deliver the elements you know from our in-person events in a brand-new way.

View the full event attendee
and speaker lists and easily
reach out to chat or meet!

Visit the networking lounge
and 'sit down at the table' to
video chat with attendees.

Both virtual-only and in-person attendees have full access to the online platform. This makes networking with all attendees easy.

How do I sign-in to the online platform and begin watching sessions as an attendee?

Will sessions be recorded? Will I receive presentation slides?

Yes! If you miss a session in real-time a recording will be available! Recordings will be available on the Hubilo platform for 90 days. If made available by the speaker, Smithers will send presentation slides to guests 5-7 business days after the event.

I don’t want to participate anymore. Can I cancel? Can I switch to virtual?

We understand that virtual events are different and it’s going to take time for everyone to get comfortable with them. Yes, you can switch to virtual with notice to the Smithers team. We would like to explore ideas with you and demonstrate some of the capabilities we are developing before you make the decision to cancel. If, after we have shown you the options you still want to cancel, you can either transfer your booking to next year’s event or apply for a refund.

Which browsers work best with the online platform?